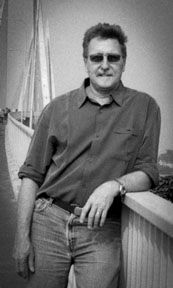 Don Unrau has been making photographs concerning Viet Nam for over forty years. The first photographs he made in Viet Nam was with a small Japanese rangefinder carried while a soldier in America's war there.

Most of Unrau's photographs are contained in series form and the first, begun in 1982, called WAR STORY, are portraits made of Viet Nam veterans. Beneath the image of each veteran is their handwritten statement about Viet Nam. The portraits, combined with their personal statements, testify to the varied emotions and intense feelings they have with their relationship to that war.

Returning to Viet Nam in 1992 for the first time since the end of the war, he began documenting the Viet Nam landscape with the intent of seeing a place he had only known during war time. In 2009, SPRING VISITS: Photographs From Viet Nam was published.

In 2010, coinciding with the 1000 year anniversary of Hanoi, he began HANOI STREET WORK. Using color film he began documenting street vendors who sell the products consumed daily in Hanoi. Photographing them as they stand, facing the camera, he provides these proud and courageous workers their moment of respect and dignity. In 2012, a small edition of 100 copies of HANOI STREET WORK was published. Ten of these copies contain a signed archival pigment inkjet print.

A third series of photographs called THE REVOLUTIONARY MOMENT, are portraits of veterans from the National Libertation Front, or Viet Cong, as most of a generation during that war knew them. The portraits were made primarily in Quang Ngai Province, an area of extreme resistance to foreignors beginning with the French colonial forces.

THE ART OF CARING: A LOOK AT LIFE THROUGH PHOTOGRAPHY, Exhibition catalog, Cynthia Goodman, Phd., 2009